Dylan is a 6th grade teenager whose favorite subject in school is science because he gets to do experiments. His favorite experiment so far has been figuring out how much stuffing it takes to fill an Oreo. Dylan will tell you that he does well in school if someone motivates and pushes him to do well. One example of this is Ms. Lauren, his inspiration in life because she has known him “a while” and has always encouraged him to do his work and to do it well.

Dylan loves reading action books on “the Black Panther,” which is his favorite super hero. If Dylan had a super power he would want to be able to make portals. He is a self-proclaimed good eater, his favorites are pizza, mac and cheese, chicken alfredo, rice, and chicken but hold the mashed potatoes please.

Those who know Dylan will tell you that he is a goofy kid who loves music and dance, especially rap. Dylan enjoys being outside and playing four-square and he loves riding bikes and skateboarding. One of the most important traits about Dylan is his athleticism. He loves playing football and basketball and hopes to be a professional athlete after college.

Dylan has big hopes, dreams and ambitions. He wants a mom and a dad who like sports and love to cook. His ideal family will have a big house where he can have his own room. He is looking for a family who looks like him and will help him get onto school sports teams as well as help him in his ambitions to go to college.

He hopes his forever family will take him traveling to New York, Georgia and California, as well as other countries. Dylan has a biological sibling he has good contact with and maintaining contact is important to Dylan after adoption. All he needs now is his forever family to find him and love him unconditionally. 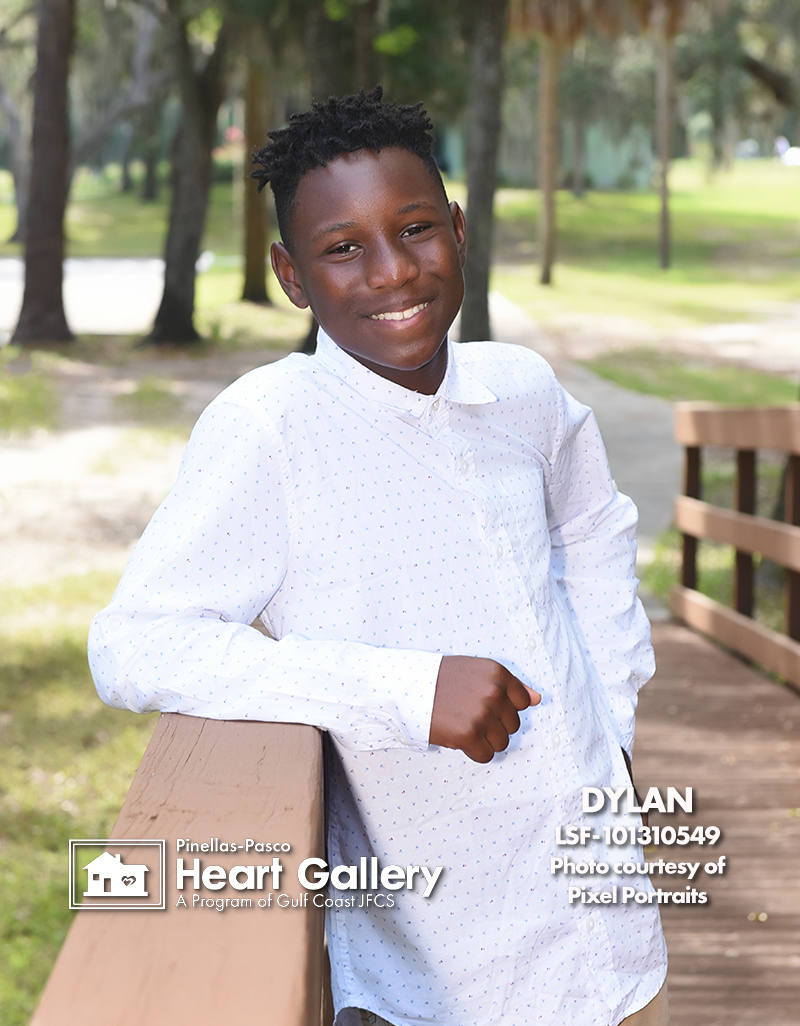