Deziyer is a beautiful 15-year-old young lady who knows what she wants to do when she grows up. Deziyer wants to be a Case Manager or a Therapist; she looks up to her YFA Case Manager as a great role model. Her favorite subject in school is reading, and comic books are her favorite. Deziyer loves the Black Widow character and can talk to you about all sorts of other characters as well. For food, Deziyer loves coffee and cinnamon buns in the morning and fried chicken for dinner.  Unlike her brother, math is her least favorite subject: yuck!

Deziyer’s ideal home would be a big two-story house where she and her brother could each have their own room and their own bathrooms, mostly because she would like to keep her areas neat and clean, and she is not counting on DJ to do the same.

DJ is an athletic student who loves math, technology, and coding. His least favorite subject is health. DJ is working out to be on the football team and would love to be put on a few pounds by eating more of his favorite foods – goat, hot wings, grilled cheese, and bologna, just to name a few. A football career would be great. A huge Marvel fan, DJ loves the Black Panther the most, but he also loves Anime (Deziyer does too).

These siblings need an opportunity to spend the rest of their childhood together with a forever family. Deziyer and DJ both look forward to spending quality time with family game nights, movie nights, and getting to relax and share good times together. A mom and dad would be ideal, but more than anything, Deziyer and DJ just want a loving family. 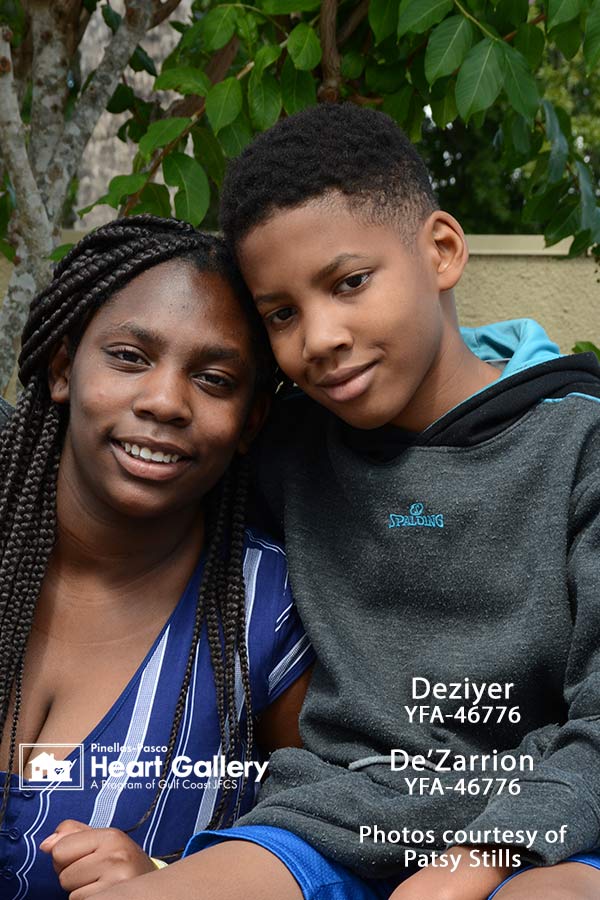