Navaeh says her best friends would describe her as goofy, chill and funny. She claims her best trait is that she plays sports. Navaeh plays for the city’s basketball team as a center. One of Navaeh’s favorite hobbies is cooking and she is perfectly comfortable hanging out at home, cooking, watching tv or playing video games. Some of her favorite movies are comedies like Madea and Nanny McPhee, while her favorite video games are Fortnite and Call of Duty Black Ops.

Navaeh wants to grow up to be a veterinarian or a nurse, but her fall back career would be a Pre-k or First grade teacher, especially to help children with math. If she could be a superhero she would want to be Batman because it’s her favorite comics character.  Given any superpower, Navaeh would choose to graduate high school early so that she could go to college at FAMU in Tallahassee faster.

Navaeh likes to dress nicely, and although she would like to be vet, she really would prefer to not have house pets because they get her clothes all furry and dirty. And while she would prefer to have a place to call home in St. Petersburg or Tallahassee, she would consider living in other parts of Florida, but does not want to move out of state at this time. Navaeh is looking for a family with siblings, with a parent or parents who will accept her as she is without trying to change her. 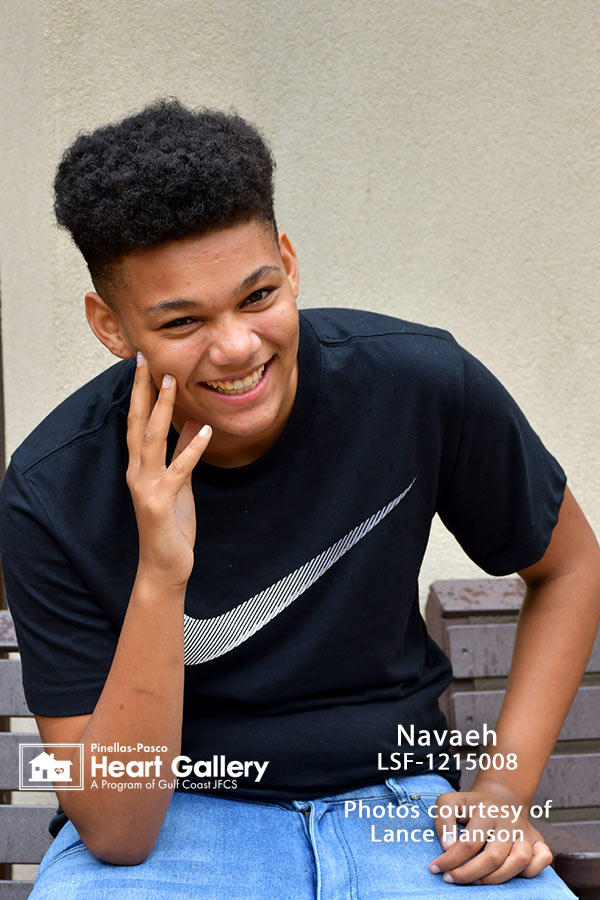