Martez is a kind and loyal young man who is looking for a future family to help him become a better person. He enjoys football season and rooting for his Tampa Bay Bucs. While Martez likes playing sports and being active outdoors, like many teens, he would rather play video games in his free time. If Martez had a superpower, he thinks it would be awesome to be able to fly…or to have super strength…or super speed, or all three!

As a 9th grade student, Martez likes all of his classes and subjects. When he is an adult, Martez hopes to be a mechanic! Martez also likes to listen to rap music and visit the zoo when he can. His favorite zoo animal is the lemur, and he would love to have one as a pet.

Martez wants to learn and grow more as a young man and he would love to find a family who can help him. The ideal family of Martez’s dreams would be a small, tight-knit family that can show him the meaning of togetherness. 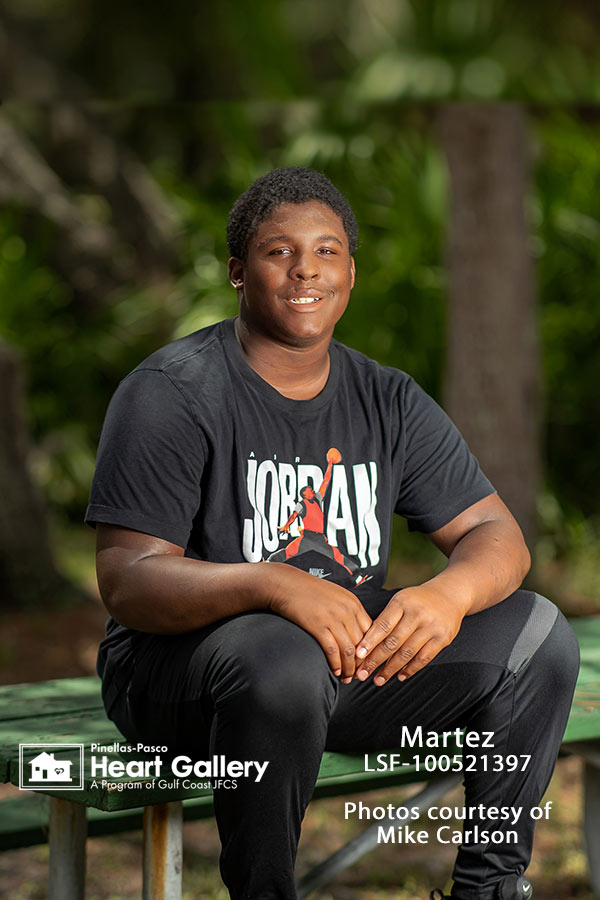