Joshua claims that he is “super nice” and “respectfully kind” and knows he is polite and one of the most well-behaved children you will ever meet. Joshua just wants people to be happy, so he tends to be the class clown, but that doesn’t prevent him from getting on the Honor Roll in school. His favorite class is math, and he is thinking he would like to either be an accountant or a counselor for group homes when he is an adult. Joshua describes himself as “I am an old man. I am not very adventurous but that’s only because I haven’t been shown much.” With this being said he wants you to know that he is a homebody, walks slowly and likes to take his time getting around.

One of his hobbies is playing basketball and he plays on the school team. He loves to take swim lessons and is learning how to ride a bike. He enjoys watching tv, with WWE (World Wrestling Entertainment) being his favorite. Like most teens, Joshua likes playing video games, although he doesn’t have a favorite. He loves comic books, which has facilitated him with a high imagination and level of creativity. Joshua often likes to imagine himself as a superhero named Zero who has lightning powers, where he can fight bad guys. Some other creative outlets for him are coloring, and writing “clean rap.” With all these different facets of his life, Joshua likes to collect shoes for all situations.

Joshua wants a big family, and that doesn’t just mean he wants siblings, he wants his forever family to have family concentrated in the area, so that he can always have cousins and aunts and uncles to “just hang out” with him all the time. Joshua is mildly allergic to pets but not if they are groomed regularly. Joshua needs a family that will encourage him to really explore the world and give him a lot of one-on-one learning, especially helping him to catch up to where he should be in reading. 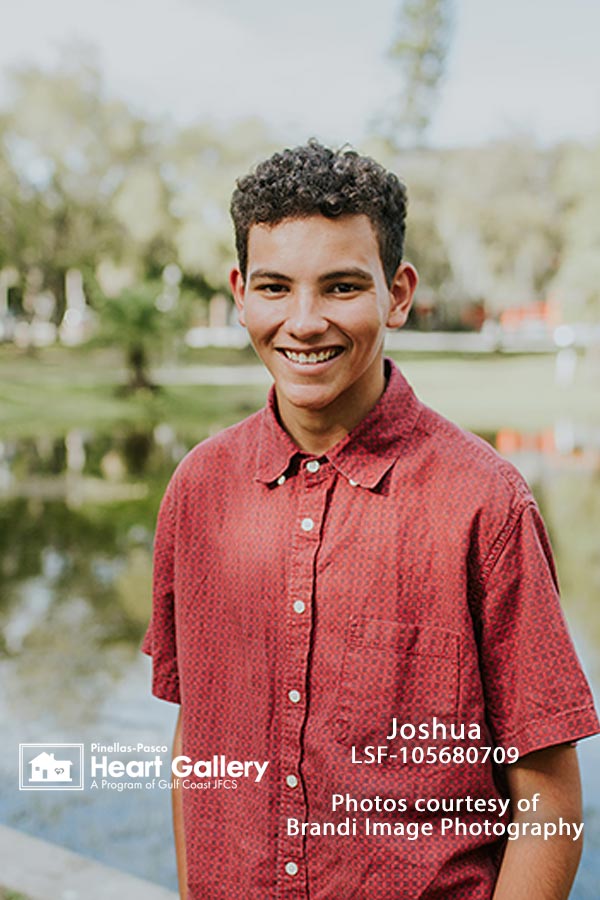