Edwin is a fun, active child who enjoys playing games in his spare time and watching volleyball. He prides himself on being loyal and truthful. If he had a pet in the future he would want a dog and he really likes learning math at school. If Edwin had a superpower, he thinks that having super speed would be SUPER cool!

Edwin likes listening to music such as Bad Bunny and when he grows up, he would love to be a singer. He likes to eat pizza and lasagna, but his favorite is burgers. Edwin really hopes for a nice family who inspires him to be his best self. 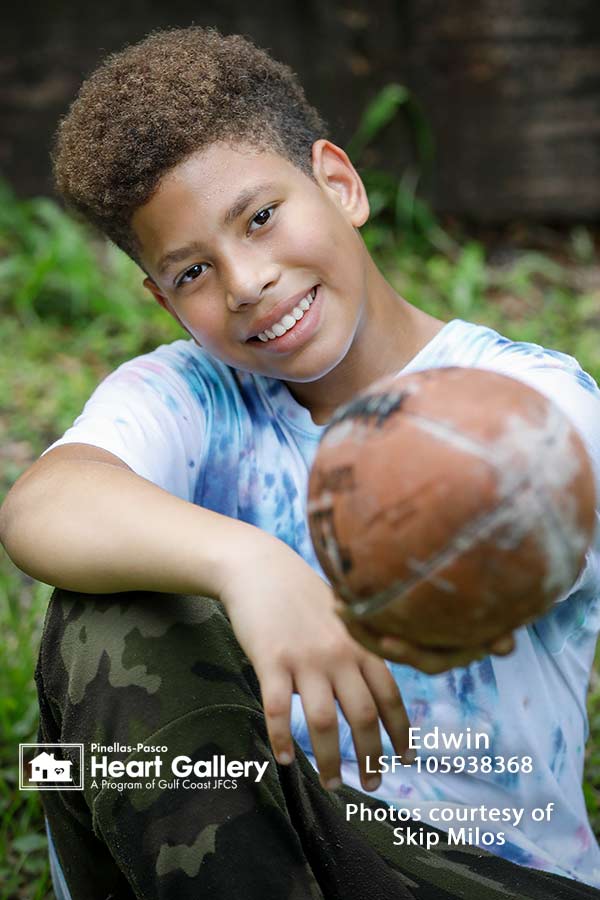